Every year, we see many international players coming to Japan just for 44CLASH.
They are very enthusiastic participants, and in the past there have even been some who chose 44CLASH over going to their own country’s official contest.
Between 2008 and 2014, a total of 58 international players have come and performed on the 44CLASH stage. We have also had many repeat-attendees from abroad, and we often hear from them how much they’re looking forward to the next event. 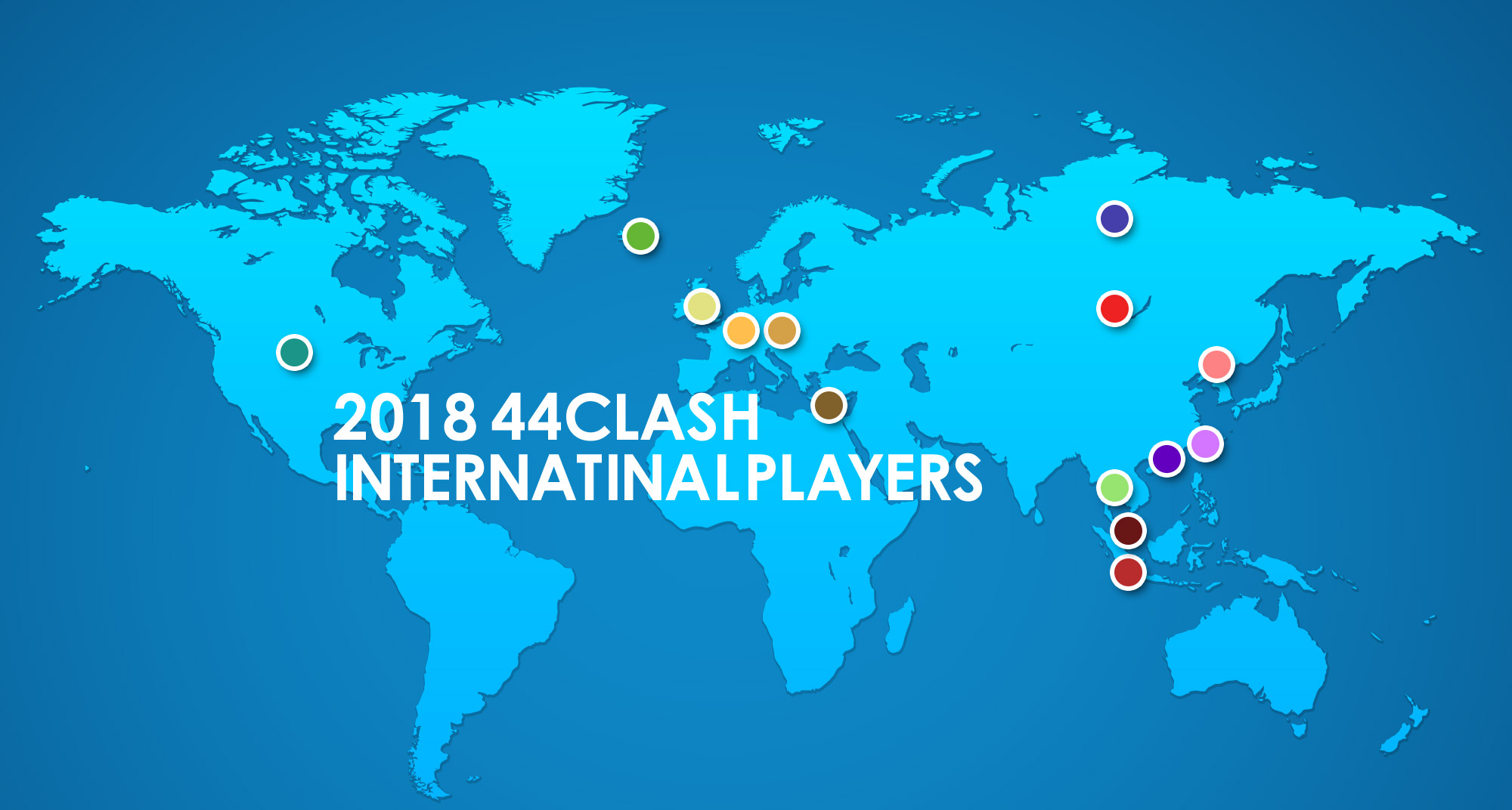 International Players who participated in 44CLASH in the past.